Food poisoning is the least of your worries

Welcome to Five Nights at Freddy’s, an indie, survival-horror game that was released on August 8th, and features more creepy animatronics than the local Chuck E. Cheese.

The game is currently out on both Android, Apple and PC platforms, with the Android and Apple versions costing $3, and the PC copy standing at $5.

In the game, you play as a nameless security guard, who has picked up a job working the night shift as a security guard at a child’s party restraint named Freddy Fazbear’s Pizzeria. At first glance, the job seems harmless, and it could even be called easy, but there are other factors that come into play.

The player is simply thrown into the game, with no tutorial. The only tutorial the game gives you is a voice recording left behind by the previous nameless security guard of Freddy’s, who explains to the player the most basic of game controls, and a lot of nonsensical rambling.

The previous guard notifies the player that the 4 animatronics, respectively named Freddy Fazbear, Bonnie the bunny, Chica the duck, and Foxy, roam the restaurant at night, and if they spot the player, they will attempt to stuff you into an animatronic suit, leaving only your eyes and teeth to see the light of day.

The game itself has its flaws, and is barely excusable by the fact that this is an indie game, but there are points that stand out. The first thing to note is the difficulty curve. The further you progress into the week, the more active the animatronics become, and in turn, the game becomes progressively harder. At times though, the game can feel too difficult for some players, and will lead to player restarting the same level over and over. This would be bad, but because of the next factor, this is easily ignored.

The next best thing in Five Nights at Freddy’s is the replayability value. From what I can tell, the game could simply be played over and over again, and still retain the feeling that this is a new game. The fact that each night can result in a different death, or even different situations that the player must survive, can make the game feel brand new.

However, one of the more disappointing factors of Five Nights at Freddy’s is the fact that the game only uses jumpscares and screamers in order to scare the player. Both of these game elements slowly deteriorate over time and lose their actual scare-factor the more the game is played. There is only one other reason that the jumpscares are even scary, and that’s due to the fact that game is constantly building tension and keeps the player suspended in the fact that they know that they could die, it’s just a matter of when.

Reminder, this is an indie game, but that doesn’t save itself from its graphics. Simply put, every one of the camera views, the hallways, the windows and the doorways are 2D photos. The game isn’t even really 3D. But, the developer still wins points for using a creative idea that helps keep the game running fast.

Even though there’s a lot of suspense and tension being built as the player goes through the night, the ambience makes up most of the tension. That wouldn’t be a problem if it wasn’t for the fact that the ambience is easily cancelled out by any amount of background noise, and can ruin any sense of tension.

Whether this is an indie game or not, the game shows plenty of potential towards being something even bigger than what it is now. The game is just lacking in different areas, and is need of an update.

Nonetheless, the game is more than worth the 5 to 3 dollars you’re spending. The game boasts an impressive replayability value, and provides challenging gameplay without being insanely difficult from the start.

But it’s jumpscares and screamers don’t scare for very long, and especially not for someone who’s had to constantly retry a level. Not even that, its graphics are basic for what seems to be a 3D game, and its ambience could use some tweaking to be more immersive.

But to me, Five Nights at Freddy’s is still a good game, and deserves a place on the desktop of most gamers as one of the few gems of the indie-horror genre. 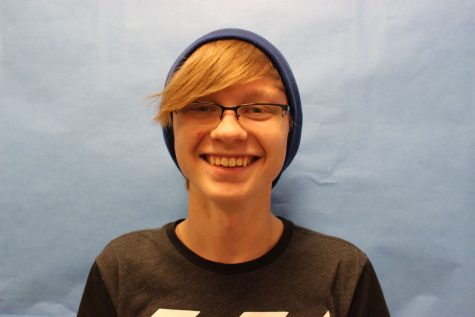