Drivers pulled over due to racial profiling

All are equal before the law and are entitled without any discrimination to equal protection of the law,” is just part of Article 7 of The Universal Declaration of Human Rights which the U.S. adopted in 1948.

In Omaha, Neb. though, the Omaha Police Department is believed to racially profile, a form of discrimination, when pulling drivers over.

The Nebraska Crime Commission has been collecting data on racial profiling since 2002. An American Civil Liberties Union (ACLU) study of racial profiling in Omaha shows about a third of those pulled over are black, although blacks make up less than a quarter of the city’s population. [see pie chart]

According to the Omaha-Database, 17% of the population is black, yet 34% of all people pulled over are black. These statistics could indicate that racial profiling exists in the OPD.

Miles Sempeck, a sophomore at Omaha North, believes his dad was racially profiled.

Sempeck was in the car with his parents last summer driving to one of his summer programs. They were pulled over by two white officers for going 3 miles over the speed limit.

The officer told Sempeck’s dad, Ronnie, to get out of the car. Then the officers shoved him on to the police cruiser hood and searched him.

“I told the officers what they were doing was wrong. They then gave me a ticket for disorderly conduct,” said Sempeck’s mom, Traci.

The ACLU studies have also shown that blacks aren’t committing more crimes. The studies show there are higher chances of the traffic crimes people of color commit having a harsher punishment than just a ticket. This includes being taken into custody, searched, and impounded.

The “End Racial Profiling Act” was introduced to the U.S. congressional committee May 23, 2013. There are five parts to this bill.

The first part defines the racial discriminatory acts done by law enforcements at all levels. Next it creates federal prohibition against racial profiling. Thirdly, the bill mandates data so the true extent of the problem can be fully assessed.

According to “Govtrack.us”, a site that lets you track any bill, the “End Racial Profiling Act” is suspected to only have a 4% chance of getting past congressional committee. If this bill is passed it will be easier to get the data needed to see where the problem is, then plans can be made to eliminate racial profiling.

Nebraska is 1 of 19 states collecting data with

ACLU on racial profiling. In 2013 there were 21 complaints of people of color being racially profiled in Nebraska. The Nebraska Crime Commission encourages anyone who believes they may have been racially profiled to speak up. 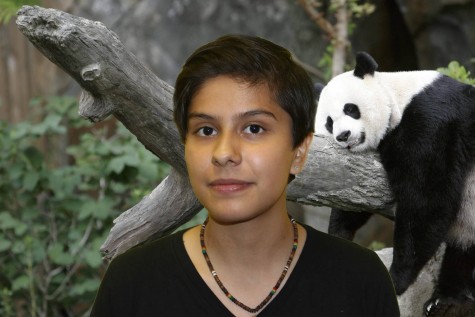