More than 29 African Americans have been shot and killed by police or other authority figures around the United States since January 16, 2012.

Michael Brown was shot six times by police officer Darren Wilson on Saturday, August 9, 2014. This incident caused many riots to start among the Ferguson, Missouri community.

A group of protesters burned down a Quik Trip in Ferguson to show authorities how they felt. Protest like this has caused authority to call in the National Guard to keep the public safe.

Despite concerns for Wilson’s safety, the Ferguson police chief released Wilson’s name during a press conference. It wasn’t supposed to be shared due to the safety issues that the public could cause him.

Soon after his name was released Wilson’s interview video was also given to the public.

“Michael Brown reached to get a gun and I shot,” Wilson said during his interview.

Security cameras show that before the shooting Brown robbed a convenience store which the officer was not aware of at the time of the shooting.

The autopsy report shows that the bullets entered his body in the; top of his head, right eye, top of his chest , biceps of the right arm, near his right wrist, and the right side of his neck.

“The Michael Brown shooting was tragic and should not have happened.” North High social studies teacher Jane Erdenberger said.

A similar incident happened in Florida on February 26, 2012. Trayvon Martin the victim was 16 years old at the time.

A neighborhood watch participant, George Zimmerman, shot Martin with a handgun, because a witness stated that Martin attacked him. Zimmerman attacked back by shooting him in self-defense.

Authority harming the public doesn’t just occur in other states it happens at times right here in Nebraska.

Omaha, Nebraska’s 14 year old Vivian Strong was shot and killed by police officer James Loder with the OPD in June 1969.

Vivian Strong was shot and killed because she and a few friends ran to see why police were in her neighborhood. As she was running she was shot in the head by the police officer due to his suspicion.

“I feel as though it’s a little bit of [expletive]. It’s a very controversial concept. Cops should be a little more thoughtful before shooting people. Try using nonlethal force.” Alex Carter, a freshman at North said.

The incident caused many riots among Omaha’s black community. Omaha’s Black Panther’s stationed armed guards outside the doors of office of the Greater Omaha Community Action.

The office stayed open as a sanctuary for residents of north Omaha, as angered youth swarmed through the area throwing bottles at the police and expressing their outrage at Vivian’s death.

“These situations should have never happened, no matter how you feel about certain people.” Liz Love, junior at North said. 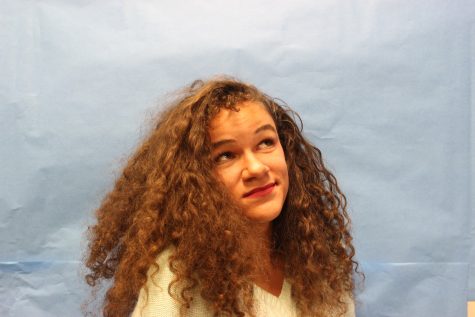 Secretary of sarcasm club. We meet in pinn on Wensday.