During passing periods, the halls of Omaha North High School are filled with the sounds of shuffling feet. Students hurry to their next class showing off their latest kicks; Nike, Sperry, and even Uggs.

In 1978, “Ugg Australia” was started by an Australian surfer in California. “By the mid 1980’s, the UGG brand had become a symbol of relaxed southern Californian culture,” according to the official Ugg Australia website. The Uggs were originally worn to keep the surfers feet warm after getting out of the cold ocean water.

Today, however, Uggs are more of a fashion statement than anything. But this statement comes with a heavy price tag.

Not only do Uggs cost a lot of money, averaging about $150 for a pair, but the price to manufacture these boots is more than just monetary. Ugg boots are made from sheepskin, which Ugg Australia Inc. claims to raise humanely.

Deckers Outdoors Corporation, the designer and distributor of Ugg as well as Teva, Sanuk, and other outdoor footwear, states on their website that they, “are among the leaders in ethical supply chain for consumer goods, and particularly, the sourcing of sheepskin.

They claim to “ONLY use hides that are the byproduct of another industry and that are not raised exclusively for their pelts,” essentially meaning that they don’t kill sheep specifically for their skin, but use the skin of sheeps that have already been killed for their meat.

However, when asked about the materials and process for making the boots, they declined to comment. They stated that they were not able to release “trade mark secrets” to the general public.

Despite the reassurances from Ugg and its affiliates in various news articles and online, PETA (People for the Ethical Treatment of Animals) has made claims that the treatment of these animals is everything but ethical.

PETA produced an advertisement video in 2012 aimed at boycotting the Ugg brand. In the video, singer P!NK expresses her views on animal cruelty along with video clips of the unsanitary and inhumane sheep farms in Australia.

In the video, she explains that the most common sheep that Ugg uses are Merino sheep which are specifically bred to have wrinkly skin, which means more wool per animal.

This unnatural overload of wool causes many sheep to collapse and even die of heat exhaustion.

To attempt at keeping the sheep alive, and more importantly for the company- keep making wool, the farmers shave them regularly. However, this particular type of sheep has a fear of being pinned on their backs, which most shearers do to have control of the sheep.

Out of this fear, the sheep struggle to get off their backs.

But the shearer will do whatever it takes to keep the sheep down, including kicking it in the stomach or head, beating it on the head with the razor and even slamming the sheep to the ground like one would see in a WWE match, except these moves aren’t staged- they’re real.

When the sheep struggle so much, it is easy for them to be cut by the razors.

After they are done being shaved, they are sewn back up and pushed down a shoot that lets them back out to the farm with the thousands of other sheep.

Often times this medical treatment is not sanitary or done correctly and can become easily infected. The infections attract flies and other insects and to treat the infections, the owners cut the skin off and sew it back together, thus creating a part of skin without wool, a process called Mulesing.

Though Mulesing is considered to be a very skilled surgical task, not every surgery is done by a skilled surgeon, or even a surgeon at all.

According to animalsaustralia.org, an estimated three million sheep die every year from these flystrikes.

In 2004, Australia was asked to ban the process of Mulesing after PETA publicized the process of making the boots. The Australian Government set a goal of 2010, for themselves, to put a ban into place and find alternative methods for caring for the sheep.

However, they went back on their word and still continue the harsh methods.

While PETA continues to release the horror films of the sheep’s torture, students here in Omaha North High voice their own opinions on the UGG brand, as well as other company’s harmful procedures.

However, many students also believe that their one pair of boots isn’t going to make a difference and they continue to wear them. 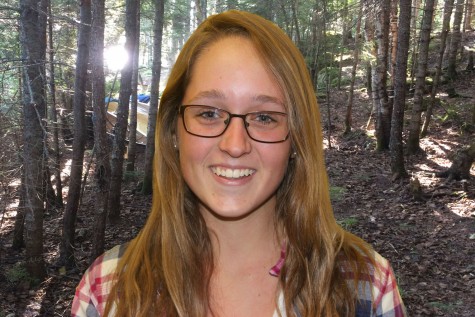