Chea copes with the loss of a brother

Cheamera (Chea) Gaines Liwaru, 12th, was one of the last people to see her brother Zaiid Gaines Liwaru on January 24th. She was awoken from a nap by him knocking on the door of the home. He was on the hunt for some art supplies, a very common thing for Zaiid.

Zaiid, a 2013 graduate of Omaha North High School, was involved in many extracurricular activities, including being Student Council President. He was an artist and a friend to all.

“He was that friend that everyone needed. He was always able to make everyone smile and laugh,” Chea said.

He left before she was able to give him a hug goodbye. She didn’t think it would be a big deal because she would see him tomorrow.

The family first received a phone call from a friend of Zaiid’s asking if they knew where he was. He was supposed to be picking her up from work and was not there. Chea and the family hadn’t thought much about it, thinking that there may have been some car troubles like there had been in the past.

The next phone call was from the hospital. Chea answered the phone and was asked if she was the parent of Zaiid. She then handed the phone to her mother who was told there had been an accident.

The woman on the other end of the line had made sure to say they needed to get to the hospital quickly, but safely.

“Basically, that is when my mom knew, and I guess a part of me knew too, that he was gone,” Chea said.

After arriving to the hospital the family was put into a room off to the side from the actual waiting room. Chea remained optimistic even though her instincts were telling her otherwise.

Each minute felt like a lifetime for the Liwaru family. When the doctor finally entered the room, he told them that Zaiid had not made it.

“I just lost it basically, I was having this strong front of ‘he’s fine, they’re just operating on him and don’t want us back there panicking’ and then that was it,” Chea said.

The family was taken to the emergency area where Zaiid was. He looked very peaceful, as if he was at home asleep on the couch. Chea was given a chance to say goodbye to not only her big brother but her best friend as well.

Zaiid was wearing a seatbelt during the accident. He was struck by one of the fence poles, which hit his sternum, and stopped his heart.

“I just hate seeing these stories that say he didn’t have his seat belt on, or that he was speeding, because that isn’t true. I don’t want it to be just one of those stories where it is just somebody speeding and they died, because it isn’t,” Chea said.

Chea was shown how many people Zaiid had an impact on at the memorial that was held for him. People were welcomed to share a story or speak about him.

“He was an indescribable person, but if anything, everything about him was positive.” Chea said.

Going through his belongings has been a hard part for Chea, but it has given her a chance to look back and remember the times spent with her brother.

“The tears, they flow, but they’re more happy and remembering him than just straight depression,” Chea said.

Zaiid had just recently purchased a camera, which Chea had planned on teaching him how to use. The camera now will belong to Chea because of her love of photography. She also takes classes at the Career Center for photography.

He was excited to go on adventures with Chea and their cameras. Zaiid has inspired Chea not just in her art but in her life as well.

Zaiid had left his mother one of her favorite types of donuts when he had been at the house earlier. The box had a heart drawn on the top, to show he loved his mom.

Gabrielle Gaines-Liwaru, mother to Chea and Zaiid, has been creating different types of art with her oldest son, Parris Gaines, that celebrate Zaiid.

“This is the hardest thing anyone in our family has ever experienced. Not one day goes by that feels normal, yet. It feels unreal that someone so powerful, so beautiful in spirit is gone. We will have to keep ‘finding’ Zaiid, not dwelling on the ‘loss’ of Zaiid. Our love for him is as vast as the universe.” Gabrielle said.

Gabrielle also has been helping direct money from fundraisers that people are doing in Zaiid’s memory. She is collaborating with a Facebook group he had started with others who want to impact the community, now in honor of Zaiid.

If given a second chance at that night, Chea would try to hug her brother and make him stay a little longer. While she doesn’t believe it might have changed anything she still would have liked to have those extra moments with her brother.

“I am just now trying to live my life as if he was still here to be proud of me,” Chea said. 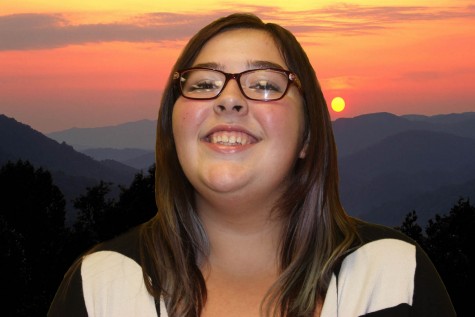 I am a senior and an Aspiring Artist. Nothing else really matters except art and Newspaper.