4:30 in the morning and Rose Fields is awake. The sun is still hiding behind the horizon as she hurries into the Tranquility Ice Rink. She shivers as she puts on her skates. A man walks out on the ice and says, “Let’s begin.” This is only one of the many private figure skating lessons Fields has been receiving since she was eight.

“When I was seven years old, my mom signed the entire family up for skate classes and I got really, really into it,” Fields said, “So I did basic skate classes once a week for about a year. Then I started taking private lessons.”

“It just kind of spiraled out from there. It’s such a different feeling than being on land. You feel like you’re flying and you get kind of hooked on it. When you jump and spin it just makes you feel so free,” Fields said.

For almost eight years, Junior, Rose Fields has been figure skating. Throughout her skating career Fields only skated in regional competitions. Her last one was in Texas.

“Competitions in Texas with people from Texas are intense. The skaters there are really rich. They have the money to pay for all the extra ice time and really nice costumes.”

“So when you go into a competition like that, you don’t expect anything to come out of it. But I ended up placing 4th out of 20 girls,” Fields said.

While she competed, Fields wasn’t the best figure skater. But, she kept her head up and enjoyed skating for what it was.

“I never got the opportunity to advance beyond any regional competition because I never reached a level high enough. But I did pretty well. I competed a lot,”

However, every time Fields got on the ice she had to consistently perform jumps. Every jump put pressure not only on her legs but her spine as well.

“It started more than a year ago. It was just a small ache. [I] got off the ice and [I was] a little sore.”

“Then, there was this very sharp shooting pain down my spine. I tried to keep skating after that night. But I ended up being off the ice for about two weeks,” Fields said.

Every time Fields landed a jump during a routine, the pressure in her back would push cartilage into her discs in her back. After eight years of doing this, the problem has become bad enough to stop Fields from skating.

“I got very depressed because I had gone from being very physically active, very physically able, and very athletic to not being able to do a lot for a long time. I still think about skating all the time,”

Even if she waits years and years, Fields believes that there is no hope of her coming back. The threat of the injury flaring up again is more likely than it going away.

Nowadays, Fields walks in the school halls with her backpack in front of her. The smallest physical task such as taking the stairs to class will bring back the pain in her back.

Considering that she can’t lift 10 pounds without feeling sharp aching pain in her back, Fields is restricted from sports.

“I’ve been trying to get into swimming. I’ll go and swim every now and then. But I’m not as committed to it as I was to skating.”

It’s been a year since she became aware of her problem. Fields has just begun to watch professional skating on T.V. and she is still cautious about going back.

“I haven’t gone back to the ice rink up until now. Some friends of mine have been asking me to go and skate recreationally. Until know I’ve stayed away from it.”

“I worry that it is going to bring back a lot memories,” Fields said, “I worry that I’m going to go there and feel almost bored because I’m not doing what I used to do.”

But looking back, Fields is proud of what she accomplished as a figure skater.

“I’m proud of myself. It took a lot of commitment to get yourself out of bed at 4:30 in the morning and go stand in the freezing cold for an hour. While I was never a famous skater, I’m very proud of myself. I took away a lot from it. “ 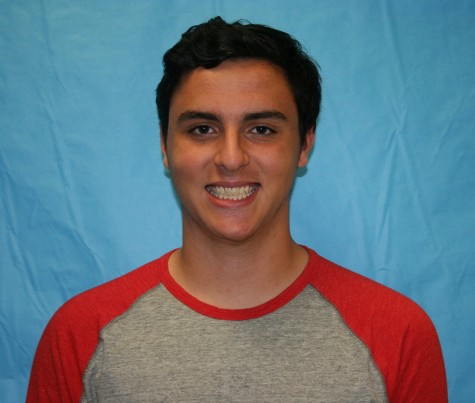 I'm a junior who is involved in cross country. Resident Huskers fan and Cuban