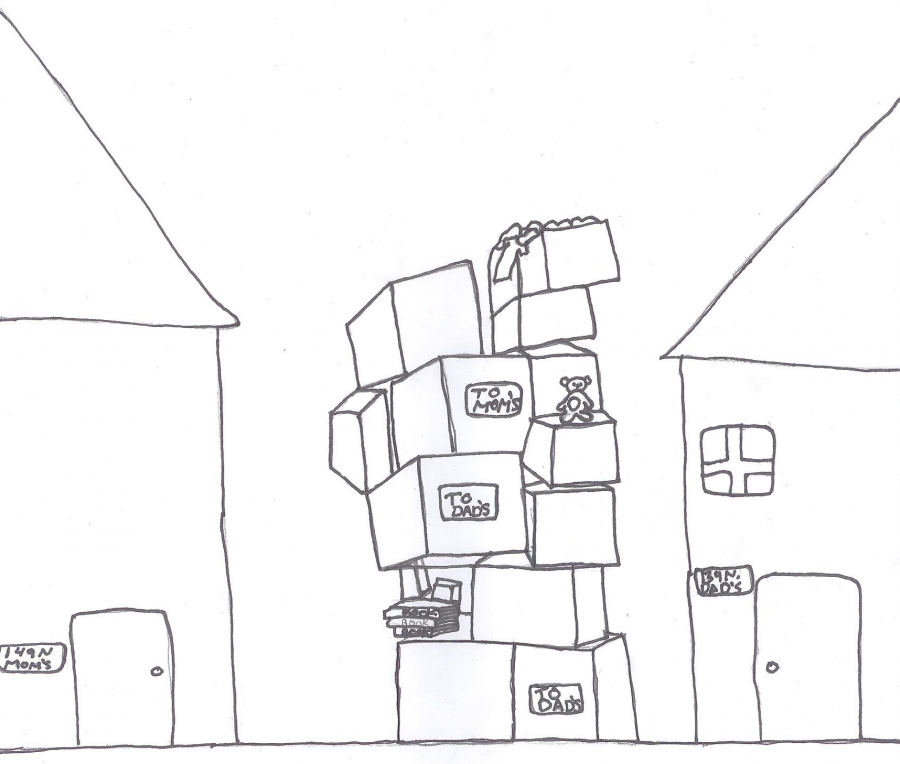 Her parents separated in the fall of 2008, when she was in sixth grade.

She said the reason for her parents split was because of her fathers drinking.

“He wasn’t willing to stop or at least try to in order to save his marriage and family, so my mom had to think of my sister and me and get out of the situation,” Larson said.

Larson’s mother told her sister, Peyton and her about the divorce before her father knew, so they knew it was going to happen.

Larson stated, “My mom just sat me and my sister down and told us, she said we had to leave our dad because it was the best thing for us.”

She believes that her mom told them before her husband so that they would be prepared for what was going to happen.

But as a sixth grader she was still upset and confused, yet the divorce wasn’t terribly hard for her to deal with it.

Although in the moment Larson was mad about her parents getting a divorce she now knows that is was the right thing for her mom, her sister, and herself.

Because of her parents separating, her life was completely different. The life she used to have was no longer a reality.

Larson said, “Moving out of my home I lived in my whole life and starting a new school was the hardest part to deal with. It was too much change for me at once.”

On top of just starting junior high, moving into a new house was scary for Larson. To help her deal with the move she often slept in her mom’s bed.

Right after the divorce Larson and her sister moved out of their house with their mom, and she got to see her dad every other weekend and also on Thursday nights.

“I had to completely split everything I had in half. My time, my clothes, what I did with each parent and when I did it,” Larson said.

About a year after her parents’ divorce, Larson’s father fell back into his drinking so she was not allowed to stay with him for a couple years. Once she turned 16, she was allowed to make the decision of which parent she wanted to live with fulltime.

She chose her father, Larson then moved in with him fulltime.

When she moved in with her dad his drinking was less common, especially when she was home or around him.

Larson said, “I think just having someone to take care of him besides himself helped his drinking slow down.”

When making her decision on who she wanted to live with Larson didn’t pick sides between her parents.

“I feel like I missed out on a lot of time with him so I’m just trying to make that up,” Larson said.

Larson’s schoolwork was not affected negatively by her parents divorce.

Even though many things were changing in Larson’s life she did everything the way she used to just in a different house.

“I loved doing everything the same and my mom sure made sure I was happy,” Larson said.

She has advice to those whose parents are going through a divorce or already are divorced.

Larson said, “Just remember that it’s not their fault and that both of your parents still love them.”

*Name has been changed to ensure anonymity