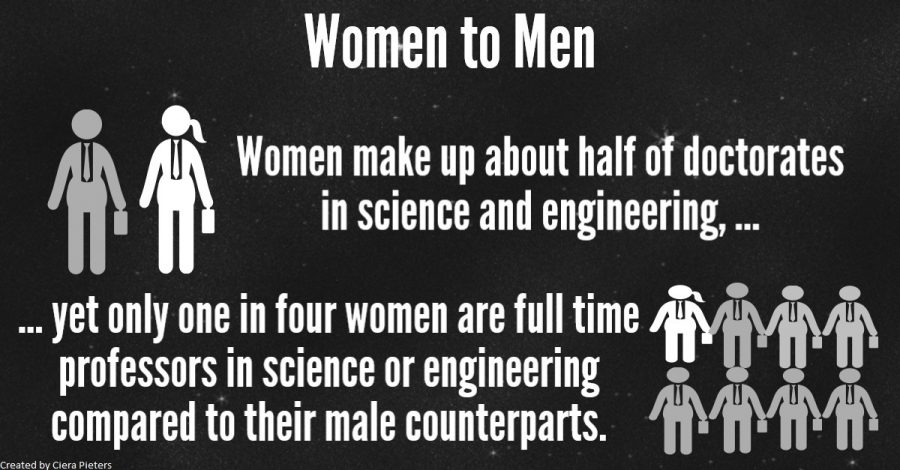 Breaking the barrier: women in science

Science has been until recent years male dominated. Research done by the National Science Foundation and the Science and Engineering Indicators, as of 2016 women make up half of the college educated workforce but in 29% have careers in science and engineering.

For Omaha North High faculty member, Curriculum Specialist of Art and Science, and a former physical science teacher Michele Ricard she has a direct understanding with how discouraging being a female in a male dominated area of study can be. She remembers when she first went to college in the 1980s at Kansas City University and how intimidated she was with STEM classes and science based careers. “I just wasn’t interested” Ricard said.

Ricard got her bachelors degree in journalism because of her lack of interest in STEM that began in her high school years. Even today, young women who attend Omaha North High notice the overwhelming irregular ratio of male students to female students. Kendyl Parks has first hand experience with this issue. Last year, during her junior year she was the only girl in her third year class of the Project Lead the Way engineering path. “Some of the guys where really immature with that” Parks said.

After that Ricard waited 20 years to go back to college to get her masters in natural science and education. During those years she exercised her journalism degree by working at a newspaper. Ricard, then decided in 2002 to go back to school.

Motivation for Ricard returning to school was a project that she got involved with Creighton where she helped teach underprivileged students STEM based courses with a female scientist names Andra Zardeto Smith. “The experience was wonderful and I got to work with a female scientist who was the first women role model for me” said Ricard. 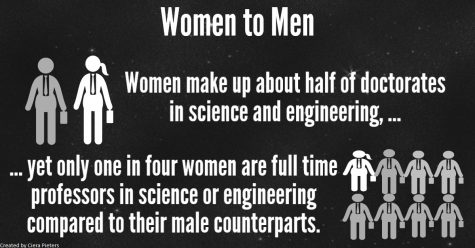 This was a turning point for Michele, there weren’t very many women role models to her let only ones that were highly involved in STEM. That sparked her interest in STEM, so in 2002 she

returned to her studies and attended UNO to get her masters. Omaha North High Student Catherine Christopherson says her interest in science is how things work.

While expressing her interest and learning in engineering and biomed, Christopherson has shared the same feeling as Parks of being the only girl in her PLTW Engineering path class. For the past two years Catherine is enrolled in both the biomed and engineering pathways at Omaha North and knows that there are more females in the biomed program than in then in the engineering path. She say the being a girl means that you have higher expectations and more expected but equal amounts of effort or put on by both sexes.

“I think like your receive more recognition because you are a girl” Christopherson said.

When asked if she had ever felt discouraged because she is a girl, responded “a few times but not really”. But she does recall only having one female engineering teacher.

After Ricard went back she noticed that all of her college professors were still men but there was an increase in female students in her science classes. Despite the common stereotype that boys perform better in math and science than girls, according to the American Psychological Association, girls have made higher grades and test scores thought the progression of the century, but there is still hesitation in women getting involved in STEM based activities.

This is most likely caused by the overwhelming presence of men in the science and engineering field as teachers, professor, and students also said by the APA.

“Male professors, it’s like you put them on a pedestal” Ricard said when asked if she ever felt excluded or intimidated by the heavy presence men.

Ricard says that “also sometimes you can carry a chip on your shoulder and think that your always being looked at differently but that’s something that I learned to control”. Nearly a decade later, Ricard is being a role models a leader to students to be they can be regardless of their gender or ethnicity and helping them take the chip off their shoulder.