Getting involved with the issues 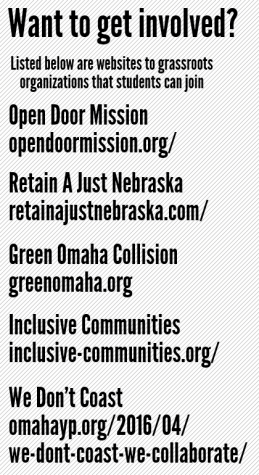 In the heat of the current election, it’s not hard to think about how our world could change. In just a few months the country will choose a leader that will change the direction of our national policy. Political rhetoric of all kinds has given us hope, provoked us, or let us down. For the past several years we have all heard the debates and followed the controversial topics that dominate the media. Sometimes we find ourselves scared, enraged, and at other times a fire can be lit within us; it’s hard to say we’re indifferent.

We hold strong opinions which are the foundations to how we live and choose to interact with the people around us. Sometimes they are so strong we cannot help but erupt in fierce debate; why wouldn’t we be so passionate about issues that are important to us? It’s not uncommon that we let our voices flair every so often. It can even seem like human nature.

According to a Pew Research Center analysis on millennial voter turnout (Ages 18-35 as of 2016), millennials now comprise about 31% of the voter-eligible population. That’s about a third of the electorate.

Also imagine what an ill omen it may seem when only 46% of the millennial electorate managed to get to the voting booth in 2014. There’s something very wrong happening.

Young adults have lacked the stage, the recognition, and the will to make their voices heard. Being stereotyped as ignorant or naïve, a part of society has assumed the voices of students as worthless or unnecessary. But students can change the world more than we think.

Student organization has been a concept since the Vietnam War launched a movement of protest and grassroots particularly evident in the younger generations, where thousands would end up being arrested, injured, and even killed. From small to large, the actions and participation of past students has made large strides.

These were not only anti-war movements but also the start of a wave of LGBT rights and civil war protests, a response to what would later drive our society to its current state.

Student organization is rooted in our society.

Fast-forward to today and many of these issues are still often prevalent: whether it be from advancing LGBT protections, fighting against systemic racism rooted in our culture and economy, or limiting our involvement in conflicts and wars past our borders. Even beyond those age-old issues, we have become knowledgeable and opinionated about so much more topics that affect our lives—and yet—why has student organization died so much?

More than ever, the time has come to start getting involved. In just a few years, our generation will inherit a world almost foreign to us as we step out of high school; this is a world shaped by previous generations, and it’s clear we have taken almost no part in it.

Dan Parsons from Retain a Just Nebraska, a grassroots organization working to retain the abolishment of the death penalty, says that our generation desires to get involved, but the challenge is finding time to do it. Although this may be true, the internet has vastly improved our ability to communicate.

Just a few months ago in the late of spring I had the privilege to march with over one hundred other Omahans to rally for Bernie Sanders. Through an online grassroots program organized by the campaign, local, everyday people were able to come together in droves. It was as simple as coming to the location described in the event. Not only were rallies organized but also canvassing (door to door campaigning), and phone banking (calling prospective voters).

Need volunteer hours? Why not spend your time volunteering for a political campaign or with organizations that work for the issues you care about? Lacking time? Talk to your friends about organizing, or even protesting in the simplest ways. 72nd and Dodge is the best place to make some posters and speak your mind. Whatever approach you think of, just remember to make your voice matter.

Because the issues matter.