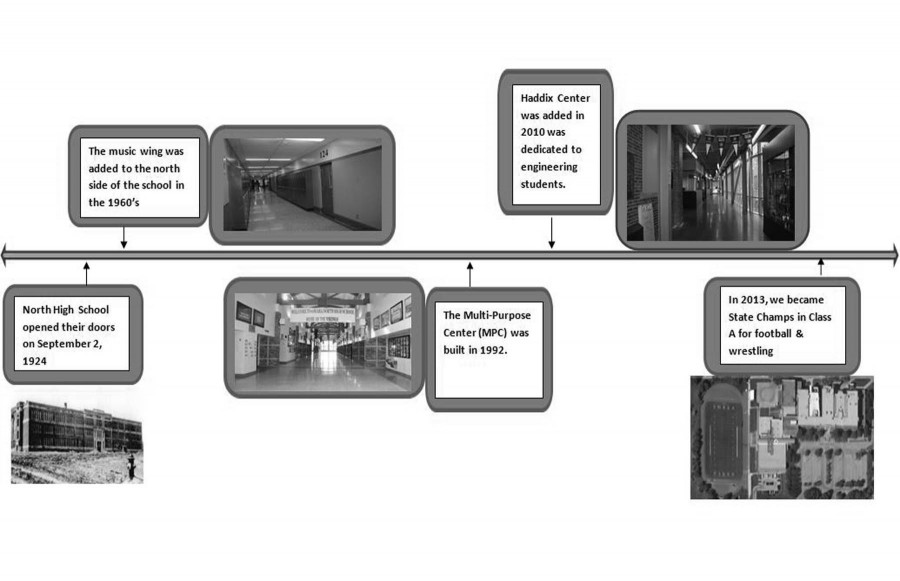 North is the big nine-o

The Vikings have been representing Omaha High Schools since 1924. It’s the 90th anniversary of Omaha North High and they’re celebrating this month with an event during homecoming week.

The Viking Voyage is a fundraising campaign to increase its endowment with North High’s status among Omaha high schools. It also shows the journey and growth of North and how they started with 776 students to more than 1,300 students.

Since 1924 North has found ways to expand themselves through education and leadership. The Omaha North High School Foundation is a non-profit organization, incorporated in 1992, to help provide Omaha North seniors with scholarships.

They have added an engineering wing, music wing, and a new and improved gym. Now they’re planning on adding a football stadium.

Being a science, technology, engineering, and math (STEM) school, North has won many awards and championships recently and in these past years. Recently their Math club has won 1st (sophomore and junior teams) and 2nd (senior team) at the northwest MC state Math Olympiad 2014. They also got 2nd overall in the North High Math Competition.

“We have dedicated alumni, students, and teachers to help North get where they are today.” said Gene Haynes, the Omaha North High principal.

I play tennis, I take pictures, and I love Beyonce and Serena Williams. I also love the Greenbay Packers. <3