New style for the new year of band 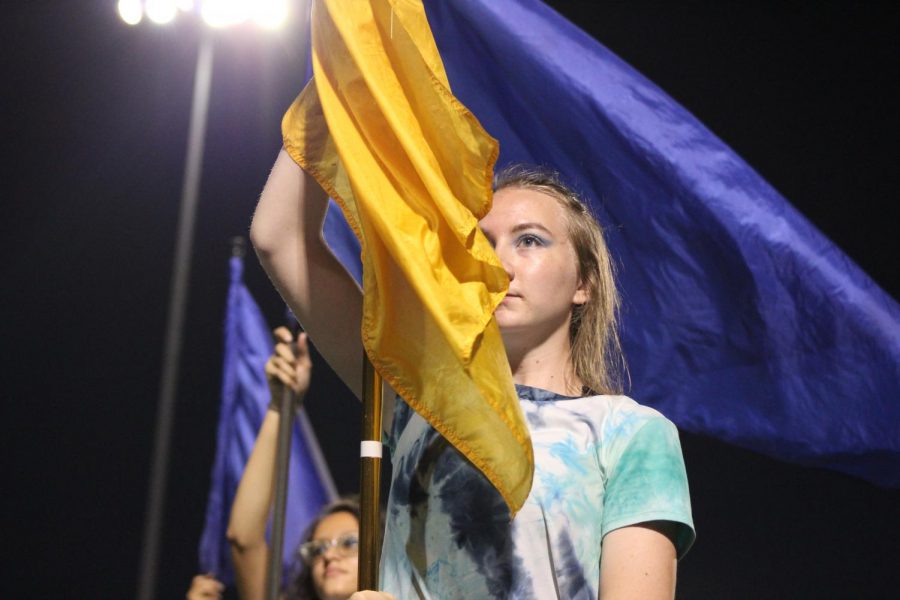 Lyndsey Bateman, 11, holds the flag for the North High Color Guard at the game on September 14. Photo by Caitlin Pieters

The North High Band is off on a new step this year with a new theme for their shows. “Brainstorm” features how the brain works, with one song on the right side of the brain which shows rigidity and form, and another on the left side of the brain which is artistic and fluid, and the final song being the combination of both. The band is enthusiastic about a new, more competitive approach to marching.

“I used to feel like the marching band was like a football entertainment band,” Jeremy Haupt, the band director said. “Last year we went to some day long competitions, which we had never done before, and watched their shows and how they put them together and began to structure our bands more like that.”

This year the songs are specifically written for the marching band.

“It’s a lot like concert band music on the marching field,” Haupt said.

Right now, the show is still in the development stage, two of the three songs are prepared. Once the band completes polishing their work they plan to go to more competitions. The goal is to make it to the state marching competition.

This year twelve people are auditioning for the all-state band performance, which has never happened in recent North High history, the previous record was one person