How Smoker's Corner never dwindles away

About 5.6 million kids under 18 will die of tobacco related causes every year according the Health Consequences of Smoking.
There is a corner situated between 36th and Ames and 36th Boyd that North High students and, more surprisingly, staff recognize as, ‘Smokers’ Corner’.
I look at that corner and I see death. Though, I seem judgmental, I mentally do not associate with people on “Smokers Corner” because smoking just seems to wear and tear at people’s inside’s as well as outside’s.
On the corner of the YMCA, which specializes in ‘youth development’ and the teen center, a branch of the YMCA that provides specialists in the education of teen development, stands a group of underage students smoking cigarettes.
Often I looked at that corner and wondered how they never got caught. I didn’t think highly of them because putting a cancer stick in my mouth was not my cup of tea.
I thought that underage kids smoking, especially six blocks away from the police station, might be a red flag. Yet, I did not see the flashing lights of police cars or the stern loud voice of Mr. Haynes saying’ ‘hit the bricks,” then giving them the nickname “cancer man” or “Nick-o-teen.”
Haynes said that this is a recent issue and has become more prevalent in the past three years.
“What we have to do is spend a little more time teaching the young people that smoking is a no no,” Haynes said.
Haynes explained that even if the people on Smokers Corner continue it’s a grey area because they are not on school property. He worries that this behavior will migrate onto school grounds.
North High security guard Kelly Hill stated that there is no way for the security guards to be able to make sure bus transportation is running smoothly and check up on the Smokers.
More importantly, there is not enough staff to even explore that possibility.
Hill went on to say that even if they informed the police, after a while they would not come out to reprimand the teens.
Hill’s coworker Jacob Bishop said that he tries to tell them to go down to the YMCA instead of going so close to the school.
Bishop said that most of the kids go over there during the school day to skip class.
“You’re skipping. You’re missing what you are supposed to get in class,” Bishop would tell them. If the police saw them and decided to act there would be punishments.
Officers will give out Class V misdemeanor for underage smoking. That is the same punishment for selling a cat or dog under eight weeks old or blocking the passage of a polling place.
The great fine that they are receiving is a whopping 100 dollars and by the time they are twenty-one everything will be wiped clean.
Paige Destephno, junior, said that there has never been an adult to reprimand their smoking before. Destephono said that smoking does not affect her school work.
She started smoking when she was thirteen. One of her good friends got her hooked on to the addicting drug.
“She was my best friend and I followed everything she did,” Destephono explained about the start of her addiction. She cannot stay on the corner for long before she goes onto the bus.
Later that day, I went to Smokers Corner. A hand full of people stood there talking or lighting cigarettes.
Little strings of light flew into the air with their cigarettes. I saw Paige with an E-cig which she was Fruit Loop flavored. She was with River Pavusa and the E-cig was supposed to help quit smoking.
The smell was like a Fruity Camp fire, which is not as bad as some might imagine.
Pavusa, junior, started smoking in sixth grade when she saw adults her family smoke. She began to take their cigarettes.
Pavusa feels relieved when she smokes and recognizes her addiction. She plans on stopping by the next year. She says that she can just quit any time.
One out of every 12 high school students has tried smoking according Johnston Monitoring Survey.
2:54 P.M and the buses started their engines.
Smokers Corner was left with only cigarette butts and a Newport box.
When I look at it blackening your lungs does not blacken your character. Smokers were struggling for good grades like me and trying to find out where there going be. They just had a terrible addiction.
Smoking is a physical and physiological habit that you have to overcome.
Now I look at that corner and do not see death but, people like me. And I can’t blame the school because it seems to be a terrible cycle of actions not holding meaning.
Sydnii Washington, or ‘RawRaw’ as Mr. Haynes calls it can relate to the ‘Nick-o-Teen.’ 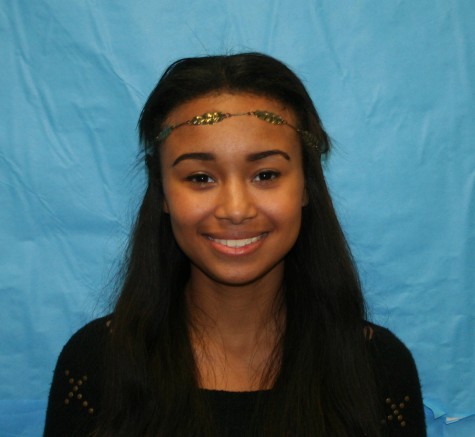 One Response to “Blowing smoke”